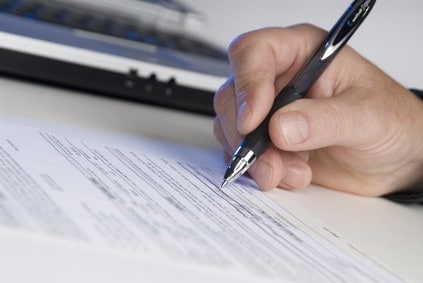 Wills are seen as the last wishes of the person who created the will, also known as the testator, after he or she passes away. The courts follow the instructions and provisions of the will strictly since the deceased is no longer able to communicate his or her wishes. In some cases, an interested party may have reason to contest the will. Most of the time, interested parties are family members or beneficiaries.[i]

Reasons to contest a will

While an interested party may want to contest the will if they are dissatisfied with the distribution of the estate, these appeals are most likely going to be rejected and thrown out of court. There are only a few legally acceptable reasons to impeach a will in the State of Virginia, including:

How to contest a will in the Commonwealth of Virginia

There are certain steps that must be followed during this process. First, the person contesting must establish him or herself as an interested party. The criteria of an interested party include being entitled to receive something through the provisions of the will, someone with a statutory right to part of the estate, such as a spouse, or someone entitled to property under the laws of intestacy. Then, the interested party must have viable grounds for contesting a will and be able to present evidence to support the claim. The next step is filing the challenge. In the State of Virginia, there are two methods of legal action to impeach,[vi] or contest, a probated will. One option is for an interested party to appeal the clerk’s order of probate within six months of the entry of the order of the probate. Alternatively, if the court has already entered an order, the interested party may file an order to send the first will to probate, or an order on an appeal of the clerk’s order may be filed within one year. Finally, the interested party will attend a hearing regarding the motion to impeach.

Please remember that these types of cases are extremely fact specific. There may be more than one way to attack the validity of an estate document. Please also remember that there are strict timelines that you must follow.

[i] The term “person interested” means that an individual must have a legally ascertainable, pecuniary interest, which will be impaired by probating a will or benefited by setting aside the will, and not a mere expectancy. Martone v. Martone, 257 Va. 199, 509 S.E.2d 302 (1999).

[ii] Mental weakness is not inconsistent with testamentary capacity. A less degree of mental capacity is requisite for the execution of a will than for the execution of contracts and the transaction of ordinary business. One may be capable of making a will yet incapable of disposing of his property by contract or of managing his estate. Gilmer v. Brown, 186 Va. 630, 44 S.E.2d 16 (1947).

[iv] The theory which underlies the doctrine of undue influence is that it is a species of fraud and, like all allegations of fraud, the burden is on the party who alleges undue influence to prove it by a preponderance of evidence, and before undue influence can be made a ground to set aside or vitiate an act it must be sufficient to destroy free agency, and any suggestion, advice, or even importunity which falls short of destroying free agency is not undue influence. Culpepper v. Robie, 155 Va. 64, 154 S.E. 687 (1930).