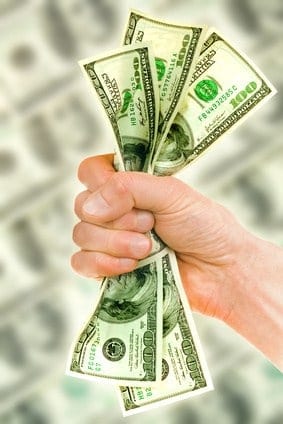 When two parties sign a contract in the state of Virginia, that document represents an exchange that is expected to be made. If you’re a homeowner and you sign a contract with a contractor to build a new deck on the back of your house, for example, the exchange is very simple: you will pay the contractor a specified amount of money and, in return, they will build you a brand new deck. If that exchange does not occur for any reason, be it that the contractor never built the deck at all or you as the homeowner refused to give them the agreed-upon amount of money, breach of contract has occurred. This has very serious consequences that you need to be aware of.

In the Commonwealth of Virginia, compensatory damages in a breach of contract case are defined very simply as a specific sum of money that is awarded by a court to compensate a person for any loss that they incurred as a result of the breach. If you paid a contractor $10,000 to build the deck on the back of your house and they not only didn’t follow through with construction but are also refusing to give you your $10,000 back, a court may award you that amount of money in compensatory damages. The idea is that the court is making you “whole” again, at least as far as the damages due to the original breach of contract are concerned.

The Commonwealth of Virginia defines consequential damages as any specific damage that you can prove occurred as a direct result of the breach of contract. Consequential damages are designed to look beyond just the original scope of the contract and looks at issues that you ran into as a result of one party’s failure to hold up their end of the deal.

Say you signed a contract with a venue to hold a wedding reception that ended up canceling on you at the last possible minute. A court may award you $5,000 to represent the original deposit that you gave to the venue in compensatory damages. The total amount of money that it cost to find a new venue, move all of your supplies to that new location, rearrange your schedule and perform other adjustments to your big day as a result of the breach of contract might be awarded to you in a separate total representing the consequential damages of the case.

In Virginia, a court must first determine that the damages were foreseeable to the defendant in order to award consequential damages. They must not be speculative in nature.

Punitive damages are awarded in cases where the defendant must be punished in order to prohibit this type of behavior in the future. It is highly unlikely that a Virginia court would award punitive damages in a breach of contract case.

In the state of Virginia, liquidated damages are defined as a specific amount of money that both parties agree to in the contract that will be paid in the event that the contract is breached. A contract may have a clause built into it that if a contractor fails to perform their service by a mutually agreed-upon date, for example, that you are to be awarded a certain amount of money in liquidated damages as a result.

Injunctions and Other Equitable Relief

In Virginia, it is entirely possible for an injunction or other form of equitable relief to be issued by a court of law instead of (or in addition to) monetary damages in a breach of contract case. This usually occurs when the specific value of an item can’t necessarily be determined, or if money wouldn’t be able to “fix” the losses that a person incurred as a result of the breach in the first place.

This most commonly takes the form of a court requiring the breached party to actually perform the duties that they agreed to in the first place. If a person agreed in a contract to sell you a product that they then didn’t deliver, an injunction may be issued that would require them to sell the product. This also commonly occurs in situations where one employee is prohibited from seeking employment with a competitor.